What is your favorite drama and why 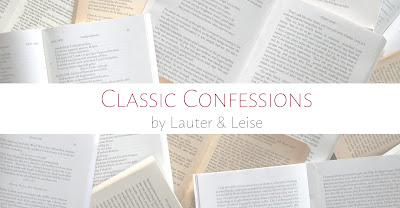 After the last few days have disappeared between the pages, I'll get back to you with today's Classic Confessions question from dear Antonia. Well, the first sentence may sound a bit strange, but it is justified in multiple interpretations. On the one hand, I've read a lot over the past few days, on the other hand, I'm currently listening to "Die Seiten der Welt" as an audio book. Perhaps the most important reason is a completely different one: I write a lot myself.

I have not mentioned it to you yet, but I can call myself an author, even if I am still far from being worthy of the name in my eyes. This thing started last year in autumn. I took part in my first writing competition and immediately won a prize. Or rather, it didn't start last year, but a little earlier, in the 9th grade. That's when I started to write my first own story, which should be published one day. Or actually in the 4th grade, because I've been writing my own stories since then, even if they don't really deserve the name.

Well, at least now I've already participated in two other writing competitions, one of which I'm still waiting for the evaluation. The real reason is that after a lot of messing around, I started over with my book, which this time it will be something. So, one less secret that I have from you. (Except my name, but don't worry, I'll keep it to myself for a while. Otherwise it'll be too boring)

But what am I writing, now I've completely strayed from the subject. Now it's time to ask the question. So, curtain up!

Well, as I'm sure you've heard, I've been talking a lot about Hamlet lately. In fact, I'm relatively sure that I would put this on as my favorite drama too. Even if my selection is not that big, because my knowledge of drama has so far been largely limited to school reading and since not that many have been dealt with (6 or 7, if I'm not mistaken). And let's be honest, if a book has been plowed apart completely in class, the desire for it fades pretty quickly.

That was it from me for now. Do you have a favorite drama too? Then write it to me in the comments or have a look at the original post from good Antonia. See you soon and until then: Read nicely!