How can I stop shaking with fear?

YOU can be there!

"Doctor, my body lets me down!" 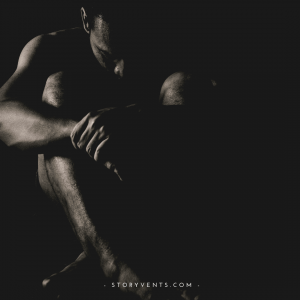 It had been a week since my first panic attack at the museum, and I was beginning to understand that I probably didn't have a problem with my stomach after all. In the meantime I have located the origin of my vertigo, which was my primary symptom, in my head. I still didn't notice that I was primarily afraid.

As I now know, the dizziness that many anxiety patients experience is due to improper breathing. In nervous, anxious or panicked states, we breathe faster and / or deeper, which leads to our bodies supplying too much oxygen and consequently too low a concentration of carbon dioxide in the blood. You don't have to hyperventilate - as is often shown in movies -, be completely out of breath, shivering and sweating with fear to develop dizziness from improper breathing. For me it was the case that at the beginning of my illness I focused on my queasy stomach and my changed perception of the outside world, which is why I didn't even notice my “wrong” breathing.

Acute tip no.5: Despite their exaggerated portrayal, we can learn something from cinematic panic attacks, and that is breathing into a paper bag - a classic. This trick helps deliver less oxygen and more carbon dioxide to the body.

To counteract dizziness, watch your breathing and learn how to regulate it, which can be difficult during the acute phase of anxiety disorder due to the lack of focus and patience. But it's not about becoming a master of breathing regulation from zero to one hundred. Small steps are the key to success. This platitude applies not only to breathing that is free from giddiness, but also to managing your anxiety disorder in general. Meditation is particularly suitable for learning mindful breathing. I will write a lot more about this in the following.

Acute tip no.6: Try to breathe consciously. If you learn how to do this, this will be the absolute bringer for you. I have a hard time assessing which technique is best for you, because everyone ticks differently. But it doesn't hurt to try a few different techniques to explore what you can do with your breathing and how it affects your body and mind.

In the beginning it was especially helpful to breathe in three steps. Breathe in and out briefly twice or normally, breathe in normally the third time and breathe out as long as possible - about three to five times as long as the inhalation took. This can be repeated as often as you like. Ideally, inhale through your nose and exhale again through your mouth, preferably so that you can hear the exhalation. Count the steps of three so that you can focus as best you can and fully focus on your breathing. And if possible, please breathe into your stomach and not your chest. With a little practice you will notice that supposedly mundane breathing, which is often laughed at and underestimated, has a lot to offer. 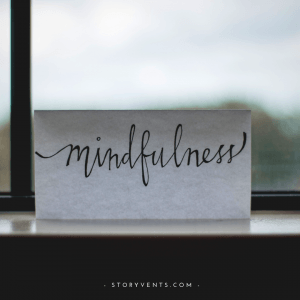 Acute note no.7: The term “derealization” could also help you to develop a better understanding of your situation and to take a first step towards recovery. Because let's not forget: An unconscious relationship to one's own psyche, to one's own body and to our environment can trigger fears and a feeling of trepidation.

Not everyone who has an anxiety disorder and panic attacks must also experience derealization. For me it was what I attribute to my incessant nervousness at the time, which caused me to breathe incorrectly, so I got constant dizziness and consequently developed a changed perception of my environment.

And that is exactly what derealization is: an anomalous and alienated perception of the environment. The change in perception can be different. In my case, I perceived organic matter (soil, flowers, lettuce, my hands) as being much “brighter” and “livelier” than I thought they should have been. They literally stabbed me in the eye, which scared me because I didn't yet know what was wrong with me. I started to believe that I was out of my mind, but everything was relatively easy to explain and - in the end - harmless. So if you notice such or similar changes in your environment, deal with derealization.

Even before my acute phase, I thought far too much about the past and the future, about the mistakes I had made in being with others, and about the problems I might face in the future. After the onset of my anxiety disorder, my brooding levels continued to rise and I was caught in a spiral of negative thoughts that frightened and panicked me.

It amazes me to this day that all of my physical complaints that I had back then had their origin exclusively in my psyche. If I had only briefly shifted my focus from my turbulent carousel of thoughts to the present, I might have noticed this fact. In retrospect, it is a mystery to me how it could be that I didn't realize what was wrong with me. I consciously only felt physically bad, which was probably an escape mechanism of my psyche, which had to explain all the crap somehow, but was unable to do it adequately due to its limited experience.

To understand what was missing, the first thing I did was consult Dr. Google, as many do it these days and which is absolutely not recommended, because the most terrible diseases always pop up on the screen, no matter what symptoms you type. I scoured the internet for nausea, wobbly legs, and blurred vision because these were the main symptoms that struck me at first. What did I see on my screen? Of course: brain tumors.

I went to my family doctor, a very competent and patient doctor, but she didn't get the diagnosis of anxiety either. Instead, she arranged for a blood test and gave me a pill to treat too much stomach acid. I didn't notice other symptoms, such as sweaty hands, palpitations, breathing difficulties and a changed perception of my environment (derealization), until the next few weeks. I scoured the internet again. What was popping up this time? Of course: serious heart problems.

To get a second opinion, I consulted another doctor who was a general practitioner and a specialist in heart disease. She took blood from me and was about to check my thyroid for a malfunction. Not that stupid at all, but that didn't help either.

I tortured myself for a few more weeks and got worse and worse. My heart was racing more and more frequently and I was still dizzy. I never stayed outside long because I was afraid of falling over. This not only annoyed me, but also became a burden for my fun-loving friend, with whom I lived. Damn.

One morning, after waking up and having a racing heart and having difficulty breathing, I called the ambulance and lied to him that I had passed out because of the racing heart. I lied because I wanted to avoid being turned away. I really wanted to know what was wrong with me, and I thought the hospital would do it in no time.

Once there, my heart was x-rayed, I waited a few hours, and finally the doctors wanted to keep me there because they couldn't make a diagnosis and they were worried about my fainting. So I stayed over the weekend when there was hardly a doctor, which is why my blood was drawn again and not much else happened. Well, I felt worse than ever, alternating between nervousness, fear and panic, I felt abandoned and finally cried - it wasn't exactly my most glorious hours.

Everything will be fine: body and mind 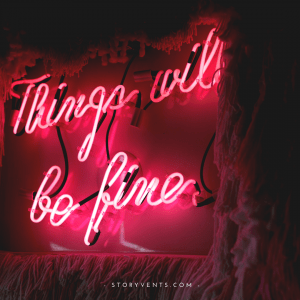 On the second evening of my stay in the hospital, I could hardly bear it any more, and I asked one of the nurses if she could do something because I was so nervous and strained the whole time. She gave me two one-milligram tablets of Tavor, a benzodiazepine (lorazepam) that relieves anxiety. I took it, swallowed it, and went to bed.

After three quarters of an hour I was changed. I was fine. I grinned and could hardly stop. I liked being in the hospital, I watched a little TV, ate something, walked the hallways, thought of my family, my friends, of how beautiful life is, and I couldn't understand the world anymore. Physically I was fine and I could have uprooted trees. At the same time, I didn't feel high.

It dawned on me for the first time. It wasn't my body that was missing anything, it was my psyche that had let me down.

To order the book! 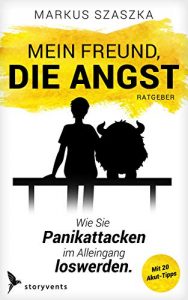 Is fear your friend too? Markus Szaszka shows you how to get rid of your panic attacks.
An unconventional advisor against your fear

The Polish-Austrian author Markus Szaszka was caught off guard by fear. She came out of nowhere and stayed. Like an uninvited guest, she settled in his psyche and changed his life fundamentally.

“A field report, somewhere between the Dalai Lama and Rocky Balboa.“- Markus Szaszka

To order the book! 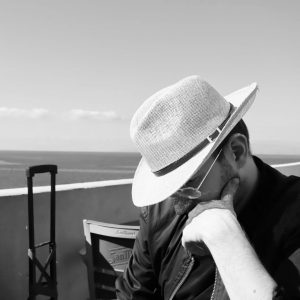 Markus Szaszka(born 1986) is a Polish-Austrian novelist and essayist from Vienna and Millennial, who Generation Z is hot on the heels. After studying philosophy, the young author moved to Berlin. There he founded the authors' meeting “Ring of Contemporary Writers” and began writing his first texts.

His coming-of-age novel The Burrowis published by the online-taz as a monthly serial novel. His blog, also run on taz.de, The nowhere man resulted in a social review of the same name in 298 pages at the end of 2018. This is to be filmed at the end of 2019.

Further information about him is also available on his homepage.