What actually is ... loyalty? 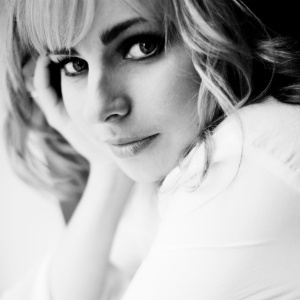 Promising eternal loyalty to someone is a great affirmation, but not a guarantee. Even if we would like that. Because that's how - we believe at least - romance must feel like. Love like in a fairy tale: I'll stay with you, come what may.
The reality is different, however: Almost half of all marriages are divorced and every third man is said to be cheating. There doesn't seem to be much else to which we like to be loyal for a lifetime. We go with fashion, change our smartphones every year so that we remain compatible with the rest of the world. And yet - or precisely because of it - there is this longing. The desire that what we believe to be important at a given moment should no longer change.

Remaining loyal to loyalty - does that still fit into our modern times, when flexibility has long been considered one of the greatest goods?
This contradiction is probably also the reason why we have such an ambivalent relationship to fidelity. Hold it up one moment and quickly throw it overboard the next: Things just change, let's say with a shrug. But isn't that why we so urgently need fidelity? Because things are constantly changing and without fidelity we would rock back and forth on the waves like a paper boat? Directionless, at the mercy of the wind - which blows sometimes in one direction, sometimes in the other.

Loyalty does not mean holding on to something doggedly

The philosopher Immanuel Kant already said that it is only instability that we can constantly reckon with. If that is indeed the case, we have to drop an anchor in order to find support so as not to drown. And that can be achieved through loyalty, for example. Through loyalty to your partner, to friends, to a cause, to yourself. The thinker Lou Andreas-Salomé, a contemporary of Nietzsche and Rilke, once wrote that only those who remain true to themselves can love someone else . Simply because only then is he a real counterpart or a real partner.

But be careful: Loyalty does not mean holding on to something doggedly. On the contrary. Sometimes fidelity asks us to let go of things - so that we can remain true. It is not about practicing principles or doing something because you have always done it that way. So it makes sense to ask yourself: What actually makes me loyal? Is it my inner belief? Or rather stubbornness? Possibly convenience that has taken hold over the years? Are we simply afraid of dealing with ourselves? To wonder if we are still on the right track? For better or for worse, we must find answers to these questions on our own. Because that's exactly what we owe ourselves - if we want to remain true to ourselves.

What I am currently reading:

NOTHING. But only briefly, until the next exciting book.

Who particularly impressed me recently:

The overwhelming mood of 90,000 mourners in Soweto who said goodbye to Nelson Mandela - a man who remained loyal to an idea, an inner conviction until it changed an entire country.

Ina Schmidt, 39, is a philosopher and author. She founded the initiative "denkraeume", with which she brings the wisdom of great thinkers from the ivory tower of science into everyday life.