What does psychological marketing mean

Neuromarketing: How Psychology Can Optimize Marketing

The model of Homo Oeconomicus has long been in doubt in modern business literature. The fact that people do not only think economically and do not behave 100 percent rationally can be observed, for example, in the fast fashion trend: Consumers buy significantly more clothes than they objectively need. But how exactly such behavior occurs is still difficult to explain. Certainly, several effects on a psychological, but also a social level play a role. So-called neuromarketing examines the subconscious processes that lead to a purchase decision. Three approaches in this discipline are presented below.

Stories help to understand a product

Why storytelling works so well is pretty clear to neuroscientists: the brain is constantly trying to predict the immediate future in order to be prepared for all eventualities. Investigations using functional magnetic resonance imaging (fMRI) on people who are communicating with one another have shown that the activity of their brains adjusts over time. This methodology is very reliable and can even predict effects on large crowds. So people can remember the contents of a story particularly well if the brain is already processing what the speaker will say in about three seconds while listening - in other words, if the pattern of neural activity of the audience anticipates, like the pattern of neural activity the speaker's will look like in three seconds. This is basically not surprising, because active listeners think along and try to understand what a conversation partner is getting at.

A story usually has a fixed structure, both grammatically and in terms of content. The fulfillment of a need, for example, cannot happen until a corresponding wish has been expressed. The fewer resources the brain has to use to understand what is being told, the more resources are available to internalize and work with the information, i.e. to react to it, to relate it to other things. And to think about what you would look like in a story like this. How naturally this effect can be integrated into a story is shown by the example from Lego from 2017, in which viewers can choose the solution to a problem themselves and view the result. This is why storytelling is so successful in marketing: The information received is already prepared neuronally, so it falls on fertile ground. But marketers need to know and understand their target groups very well. This is the only way to develop authentic stories that potential customers can and want to identify with.

Colors have different levels of meaning: psychological, evolutionary and cultural

Color psychology is one of the most interesting and controversial aspects of marketing. The reason for this is that many assumptions are poorly founded and come from everyday psychology rather than real science. Of course, when choosing a color for a brand, website or product, gut feeling or personal preferences shouldn't play a role. Instead, those responsible for marketing should rely on reliable knowledge. There are different levels on which the meanings of colors come into play. From a psychological point of view, colors can be assigned to different moods. For example, a study on color psychology found that people with depression or anxiety are more likely to associate their mood with the color gray, while happier people prefer yellow. In addition, colors can be classified based on their importance in human evolution, because viewers can intuitively grasp and process colors. Children can distinguish colors at around four months of age, while the correct naming is only learned much later at the age of two to four years. Green, yellow, orange and red tones are the colors of edible herbs and fruits and have an appetizing effect. They also give an initial indication of the taste. According to this, red foods tend to be perceived as sweet and green foods tend to be sour, regardless of the actual sugar content. This was shown by an experiment in Spain: Hundreds of volunteers tried one and the same juice from real oranges in three variants - completely without additives and mixed with red and green, each tasteless, food coloring. The subjects assumed that they tried three different juices. The result was almost unanimous: the “blood orange juice” was the best and the “greenish” juice was too sour. From this information on suitable colors for packaging, but also marketing materials such as product websites or banner ads for the food industry can be derived. For example, if a food is to appear particularly sweet, shades of red are appropriate.

In addition, red is also the color of fire and blood and therefore also has an activating effect. Therefore, it is well suited for warning signals, but also calls-to-action (CTAs). For example, HubSpot's own A / B test showed that red CTAs perform better than green ones. Last but not least, colors also have a cultural meaning that is particularly relevant for international companies. In China the color white is a symbol of death, in Brazil it is purple - in contrast to the European associations with these two colors. So designers in global companies have to weigh up: What associations do they want to evoke with their color scheme and how important is the recognition value of their brand?

Place emotional content on the left and arguments on the right

Anyone who has ever given a lecture in front of an audience knows that the motto among speakers is “Let your audience laugh from the left and cry from the right”. Specifically, this means that jokes and shallow topics should be addressed better from the left side of the stage, while the right side is particularly suitable for addressing more emotionally negative, difficult points. This effect is related to the anatomy of our optic nerves, which transmit stimuli from our eyes to the optical areas of our brain. Their course is designed in such a way that the optical stimuli within the right visual field are processed in the left half of the brain, and vice versa (see figure).

For the stage situation this means the following: If the presenter is standing on the left side of the stage as seen from him, he is in the right field of view of the audience. The audience now processes its input in the left hemisphere. This is closely linked to functions such as logical thinking, which is why humor leads to a particularly high level of stimulation here. That may sound paradoxical at first, but humor in the form of puns or surprises is ultimately a break from logic and is therefore highly relevant at this point. If, on the other hand, the presenter is on the right side of the stage, he is part of the audience's left field of vision and thus activates their right brain hemisphere. Here emotions are primarily processed, which is why the audience in this scenario particularly appeals to sad, touching content.

Of course, this relationship between spatial positioning and processing does not only apply to lecture situations. The same principles can be applied to the placement of content on a website. On the right of the website, content should be placed that is related to logic and sober information, but also humor - for example arguments, factual information, infographics, text in general or cartoons. Links on the website should contain content that addresses the emotional level, such as emotional stories, atmospheric or illustrative images and faces.

Storytelling, choice of colors and the right placement of emotional and rational content are just a few strategies for using neuromarketing resources more effectively and making marketing initiatives more efficient. It is important to use scientifically proven, or at least in practice, well-founded approaches and not to rely solely on gut instinct or your own preferences. Because after all, the worm should taste good to the fish, not to the fisherman. The be-all and end-all is therefore to define the target groups as precisely as possible and to develop suitable marketing strategies on this basis. Neuromarketing offers a solid basis for decision-making. 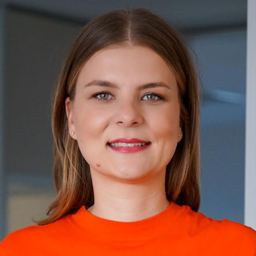 As Regional Marketing Manager DACH, Kathleen Jaedtke heads a German-speaking team of marketers at HubSpot. Before joining HubSpot, she managed the content marketing activities for Germany, Austria and Switzerland at a leading European e-commerce group and successfully built up several international SEO teams.