When the 42nd Dragon ball-Manga appeared in Germany, one could not necessarily assume that 17 years later Son-Goku, Vegeta, Piccolo and Co. would return with brand new stories. In retrospect, however, this development is far less surprising, since the franchise was never in danger of losing popularity just through all the video games released within this period of time.

In September 2017, ProSieben Maxx started broadcasting the Dragon Ball super anime. In terms of content, this ties in directly to the events of the last Dragon Ball Z episodes, which means that it is not particularly appreciated by many fans Dragon Ball GT so that it is even easier to fade out with a clear conscience - but not completely due to the Oob back door. Mastermind Akira Toriyama only acted in an advisory capacity in the last-mentioned series, while the latest adventures, more precisely the plot of the latest superordinate story arcs from the "wish-ball universe" go back completely to him. At this point, however, we want to talk about the manga version, which is definitely worth discussing.

Son-Goku's fight against the demon Boo was a long time ago, which is why the world savior is all the more pleased when one day Beerus, the god of destruction, appears on earth. He is always on the lookout for worthy opponents and in fact finds one in the passionate fighter after brief initial difficulties.

Finally, to make matters worse, Champa, the twin brother of the visitor from another universe, turns up and before you know it, the two have agreed to play a top-class tournament. The siblings can each send five fighters into the race and one of them is of course the father of Gohan and Goten.

As is well known, Toriyama's first manga world success was not only invented by him, but also drawn by him. This is a bit different in his follow-up project around the Saiyajins: Here the old master leaves the drawings to the aspiring artist Toyotarou, whose panels you can see how intensively he has dealt with the works of his role model.

It is therefore not surprising that the fights have lost none of their dynamism, well-known characters appear very familiar and new ones have received such an extraordinary look that you will certainly never forget them. In other words: As far as the overall visual impression is concerned, only very few should have anything to complain about. 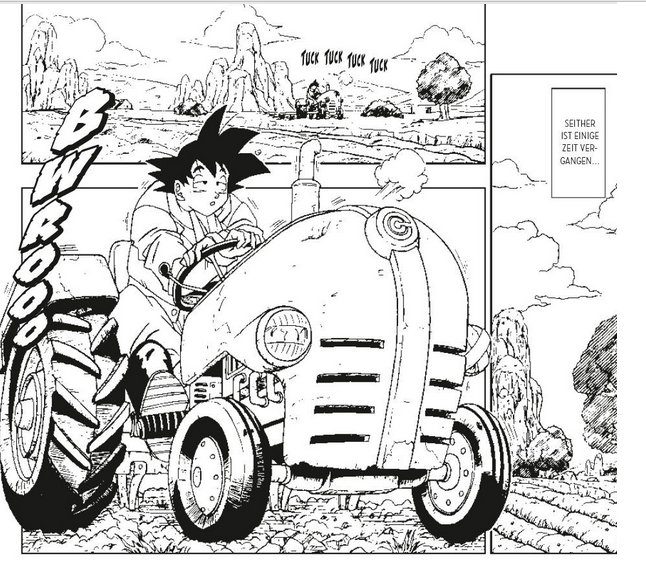 In terms of content, almost nothing is left to be desired: After a relaxed introduction, which shows that the protagonist cannot think of anything other than his training even on a tractor in the field, the first two new characters Beerus and Whis are introduced. These fit in wonderfully with the series of extremely original and sometimes somewhat bizarre Toriyama creations. The former, for example, is not only incredibly strong, but also a capricious, unpredictable gourmet who always prefers the destruction of a planet to a devastating restaurant review if he does not like a dish. This is what fan favorites are made of.

Of course, the members of Group Z are not neglected either. As expected, Son-Goku and Vegeta in particular determine various panels. Feel really at home Dragon ball- Followers in this adventure mainly because, for example, Chao-Zu or Dende can also be seen. The star author, who is a big fan of details, just doesn't forget anyone - not even a Prince Pilaf. And although this is the case, you never get the impression that one of the numerous people is bothering you. Sure, most of them don't really contribute much to the plot at first glance, but there are already indications that Piccolo will finally play a bigger role again in the foreseeable future; maybe that's just the beginning.

Of course, critics can now argue that Dragon ball The eternal variation of the same thing has always been simple: A new opponent threatens the earth, the Saiyajins have to get stronger, so they get a new hairstyle and a tournament takes place in between. Anyone who sees it this way will probably find it difficult to be convinced of the opposite. But if you have loved and valued this colorful power group since childhood, you will logically see it completely differently.

It's not an enormously winding high-class story, but rather the way this world is constructed, the fact that you know that ultimately everything is interrelated and the certainty that Akira Toriyama always comes up with something new about his flagship dish to further refine that make this franchise something special. 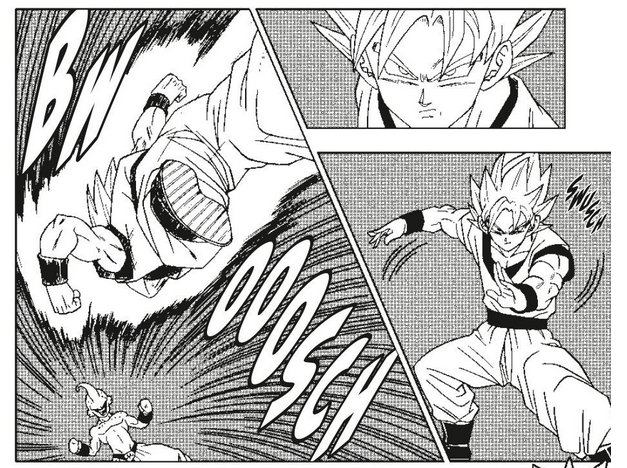 But why so fast?

On Dragon Ball Super 1 all of that is true, but there is one thing that almost calls for critical scrutiny: the pace of the story!

On these 192 pages, as much as is likely to happen in five volumes of the original series, and that is downright regrettable. This leads to the fact that Son-Goku's test of strength with Beerus is relatively short and his reunion with his archenemy Freezer is only briefly described by the narrator instead of shown to the readership. Who knows that each of these skirmishes extends over several anime episodes and both in slightly different form as films (Dragon Ball Z: Battle of the Gods respectively Dragon Ball Z: Resurrection ´F ‘) exist, can assess how many great moments one has passed on without need. The argument made in an interview with the illustrator and author on one of the last pages is not convincing either: The Universum-6-Arc would be a little easier compared to the other two, which is why you should concentrate a little more on it wanted.

That may be, but it makes the band seem a bit out of round when viewed as a whole. There are a lot of jumps and yes, everything just happens too quickly in a row. At least it cannot be ruled out that the following volume will not be affected by this problem.

Dragon Ball Super 1: The Warriors from Universe 6 is primarily for longtime Dragon ball-Fans a wonderful opportunity to finally immerse themselves in this world again after what feels like an eternity, to be taken by the hand and to face new challenges together with their old companions.

However, especially for newcomers, it would have been desirable if what was presented had come across as more organic and less like a series of individual events.

You can find the review of Volume 2 here.