What is a satellite church

Cultural and historical walk «What do we know about the“ satellite communities ”on the outskirts of Vienna using the example of the market town of Wiener Neudorf? 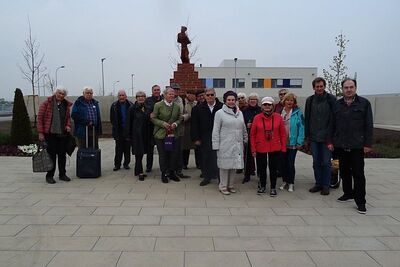 On April 10th In 2019, the senior group of the Austrian Federal Geological Institute (headed by Dr. Ilse Draxler & Dr. Christoph Hauser) in cooperation with the scientific center of the Polish Academy of Sciences in Vienna invited to a cultural-historical walk through Wiener Neudorf. 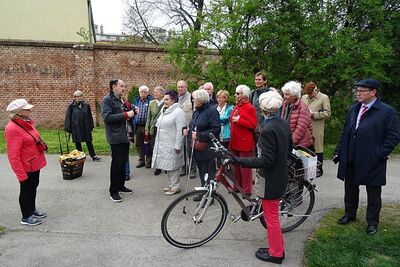 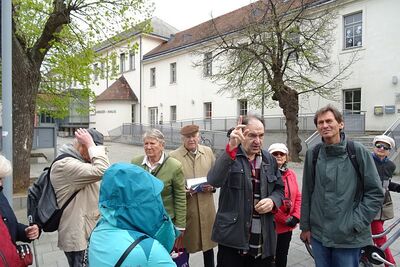 The participants of the event were welcomed by Ms. DI Barbara Vecer, geologist and initiator of the event, at the Badener Bahn station. At the memorial designed by Arik Brauer for the concentration camp of the forced laborers in the Ostmark aircraft engine factory, a branch of the Mauthausen concentration camp, government councilor Josef Tutschek informed about the historical significance of this memorial. In the presence of councilor Nikolaus Patoschka and the Polish consul Dr. Henryk Czubek was remembered for the forced laborers and concentration camp prisoners of the Nazi regime who worked here. Ms. DI Vecer specifically pointed out the new salt graduation system (inhalatorium) a little further away. Reg.-Rat Tutschek then also provided information about the elementary school with its integration project and about the former monastery complex including the church building, which had been converted to a state of conservation through a roof renovation. The archive, housed in a part of the monastery complex in the house named after Bishop Christoph Migazzi, was given to us by its director, Univ.Prof. Dr. Peter Csendes, explained in more detail and we were able to admire some valuable documents and maps. Using a map at the time of the Turkish siege of Vienna in 1683, one of our excursion participants, Brigadier ret. Dr. Gerhard Fasching, as a military geographer with some myths. We continued along the Mühlbach, which branches off from the Mödling, to the new EUMIG Museum, where Prof. Ing. Gerhard Pahr brought both the technical treasures as well as the social facilities of the former Austrian company that had become quite famous (production of radios and cameras) closer. It was not surprising that we arrived a little late in the parish lecture hall, which Pastor Father Mag. Josef Denkmayr had made available to us. Stopped there 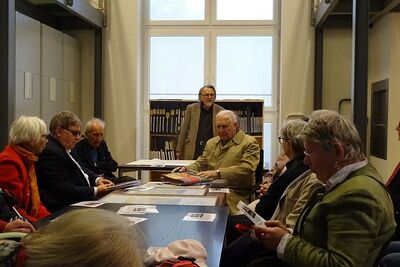 Dr. Godfrid Wessely, chief geologist at OMV retired, gave a lecture on the Lower Austrian Alps, the Vienna Basin and its subsoil of flysch rocks, limestone Alps and the Grauwackenzone, and the location of the market town of Wiener Neudorf on the western edge of the Vienna Basin. Based on the old crystalline rocks of the Waldviertel, which descend to the south under the young tertiary molasse zone of the Alpine foothills and the older rock formations of the flysch zone and the limestone Alps pushed over on it, Dr. Wessely the geology of Lower Austria. Using geological surface mapping, geophysical measurements and selected boreholes, he then went into the special situation of the Vienna Basin. He also referred to topics of applied geology - such as crude oil and natural gas exploration, the thermal water movement in the calcareous alpine subsoil and in the early tertiary basin filling, the extraction of material in gravel, sand and clay pits, recent crust movements as well as the possibilities and limits of alternative energy generation (geothermal energy) . Of the originally 24 participants in the excursion, some of them came together in the evening for further discussions as part of a cozy conclusion at the invitation of Vice Mayor Dr. Elisabeth Kleissner joins "Tom's Schmankerl" in the leisure center. 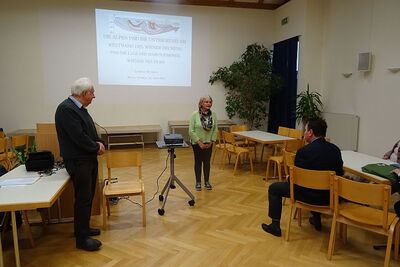 The illustration shows a geological section from the Vienna Wall to Wiener Neustadt. The young tectonic faults displace both the flat sediments of the young basin filling of the Vienna Basin and the lower-lying alpine units under the basin between the Alps and the Carpathians. Cool waters penetrate the sediments of the Vienna Basin from the Limestone Alps, where they are warmed up, rise and flow back to the west in higher-lying sandy layers.