Are motorcycles cheaper to maintain than cars? 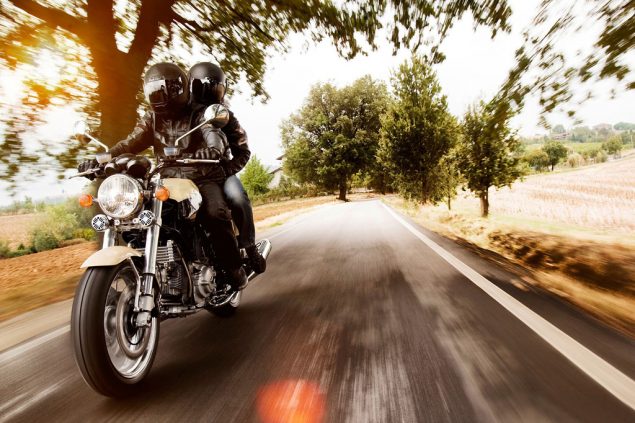 Virginia Li Puma, spokeswoman for the driving license testing organization Autosécurité, tries to explain why motorcycling is becoming more and more popular: “There is still something playful about motorcycling,” she says. “People just enjoy it, they want to get their motorcycle license. On the other hand, it's a question of mobility. It gives you the opportunity to vary the means of transport. And it's true: for some people it is easier to get to work on a motorcycle than in a car. This makes it easier for them to get through traffic. "

It is easier to get through the traffic with motorcycles, especially when there are traffic jams and you can meander through the slowly moving or even stationary rows of cars with the two-wheeler.

In fact, this is one of the reasons why the 20-year-old Jamal is also being trained for the A2 motorcycle license. “I live in Flanders, but have to go to Brussels for my apprenticeship,” he says. "A motorcycle is much more practical to cope with the heavy traffic."

The easier movement in heavy traffic is not the only reason for Jamal why he wants to get a motorcycle license. Another reason he cites is the lower cost of a motorcycle compared to a car. And the still relatively new environmental policy of some cities. “Most of the cars that are still interesting for young people in terms of price are cars that will soon no longer be allowed to drive in big cities. Firstly, motorcycles are cheaper and now have at least the Euro 5 standard. That makes it possible to drive them in the big cities, ”he says.

Acquiring a driver's license for motorcycles is also easier and cheaper than buying a car. In addition to theoretical lessons with a final exam, twelve driving lessons must be taken in a driving school before the practical exam can be taken. As a rule, at least 700 euros must be estimated for the training.

The fact that motorcycling is more dangerous than driving a car when it comes to an accident does not seem to be able to slow the Belgians' new enthusiasm for two-wheelers. Motorcycling in Belgium is currently in. And there is no end in sight to the trend.