With our app for iOS and Android (not available at the moment), the surveys created at Umbuzoo can also be carried out without an internet connection on a smartphone or tablet.

The main area of ​​application is likely to be the classic Face2Face Be an interview in which a person is questioned by an interviewer. In this situation, you don't want to be burdened with technical hurdles such as an unstable internet connection, but rather to be able to concentrate fully on your conversation partner.

In addition, the areas of application are diverse. They range from that Scavenger hunt in the forest about the Patient survey until the checklist at Construction of medical equipment in the African jungle.

The app is stable and has been tested, but errors cannot be completely avoided. We recommend a test run on the respective device, especially in the case of complicated surveys, before productive use.

To get you started quickly, we have described the first steps below: 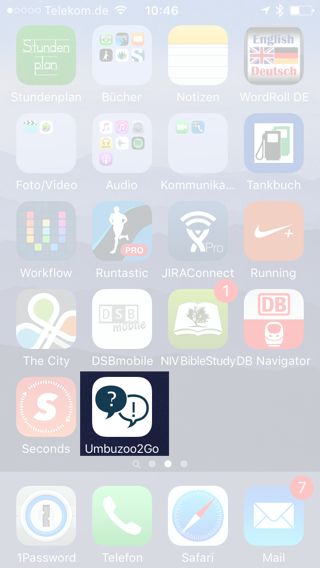 After downloading the app from the Apple or Google store, the Umbuzoo2Go symbol appears on the mobile device 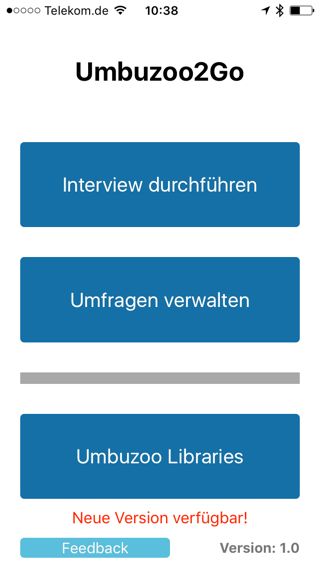 Umbuzoo2Go is in the main areas

"Umbuzoo Libraries" allows you to load the latest version of our survey engine onto the device. 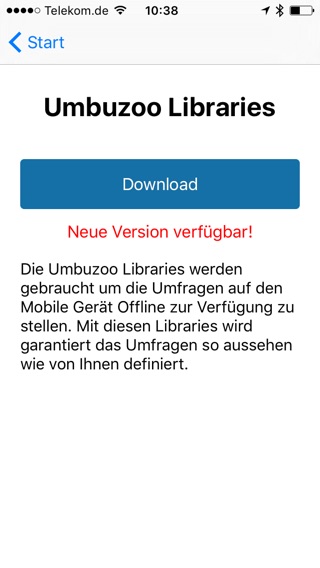 In order for functions such as input checking and branching to work offline, the responsible software libraries must be available on the device. Since these change every now and then, we do not deliver them with the app itself. So the first thing to do is to download the current libraries. If there are new versions of the libraries, a corresponding message appears in the start area of ​​the app. 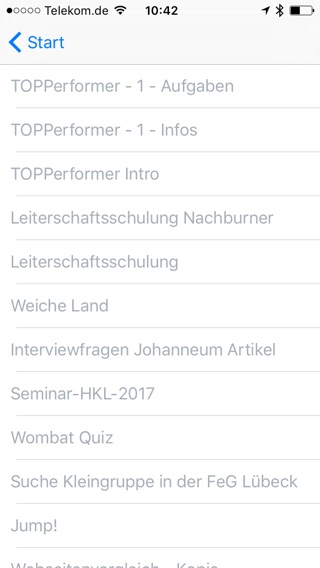 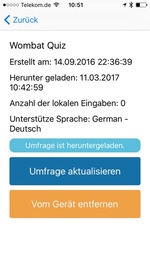 In order to carry out a survey, it must be downloaded from the Umbuzoo server to the mobile device.

After logging in (with the access data of the Umbuzoo account), a list of the surveys appears under the view "Manage surveys". When choosing a survey, some basic information appears and you have the option of loading it onto the device.
If the survey has changed since the last download, the green button "Update survey" is displayed, with which you can download the latest version. 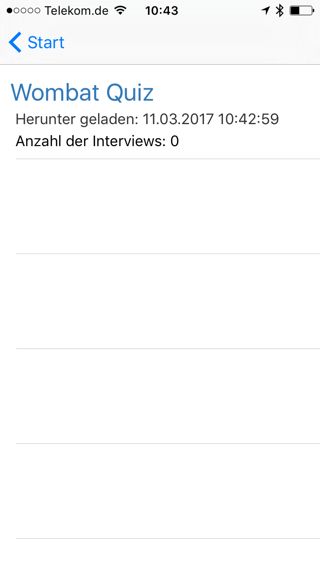 The downloaded surveys are displayed in the overview. To start an interview, all you have to do is select the relevant survey. 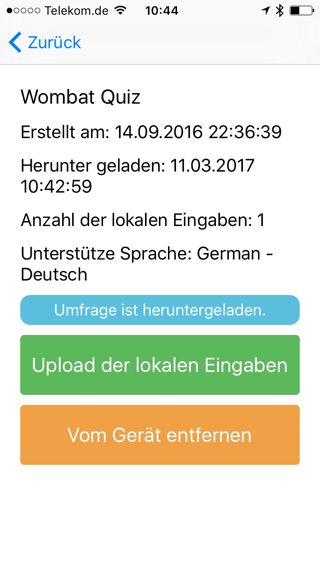 After you have carried out surveys with the device, you can transfer the respondents' entries to the Umbuzoo server. To do this, go to the "Manage surveys" area and select the relevant survey. If there are entries for this survey, the button "Upload the interviews" appears, which uploads the entries.