Is intelligence a learned skill? 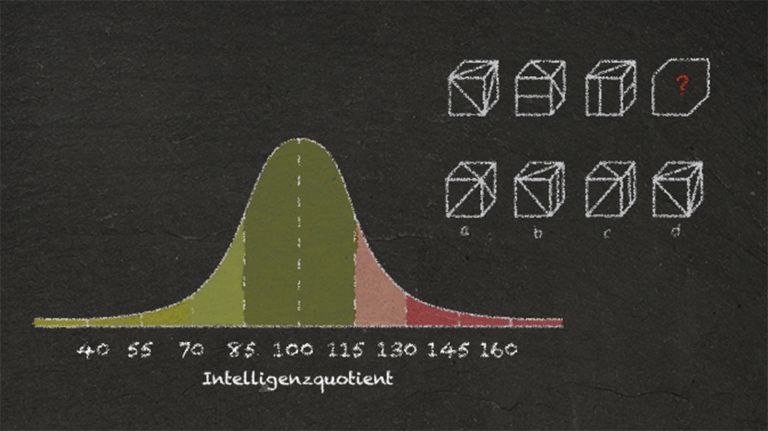 Gigabyte and Megahertz are used to describe the performance of computers. And one tries to bring our mental performance to a number with intelligence tests. But the intelligence quotient cannot fully represent the mental gifts.

• Alfred Binet developed the first intelligence test in 1904. The aim was to find less gifted schoolchildren to send them to a special school.

• The intelligence quotient IQ was developed by the German psychologist William Stern in 1912. An IQ of 100 is someone who scores as well in an intelligence test as the average in their age group.

• There are many different intelligence tests available today, each focusing on different forms of intelligence. Nevertheless, the criticism remains that no test can depict the entire mental capacity of a person.

In the US, IQ can also make the difference between life and death. This is shown by the case of Daryl Atkins. The man was sentenced to death for shooting someone in 1996 at the age of 18. His attorneys sued the US Supreme Court against the verdict. Their reasoning: Daryl Atkins is mentally retarded with an IQ of 59 and must therefore not be executed. The chief judges ruled in this way in 2002: Since then, mentally handicapped people have not been allowed to be executed. However, this success did not help Daryl Atkins. In 2005 a court ruled that he was no longer lagging behind and could be executed. Surveyors had found that his IQ was now between 74 and 76, above the Virginia level of intellectual disability of 70. He had spent all these years in jail from dealing with more educated people such as his lawyers , his mental abilities improved. The exercise could also have raised his IQ by completing intelligence tests several times. So he got too smart for mercy, he's back on death row.

With some people you quickly get the feeling: They are pretty smart. Perhaps he understood a complicated argument straight away, perhaps he quickly calculated something, perhaps he remembers every lineup of the national soccer team over the past 50 years. Such a person is sure to be intelligent, you think. Another observer, however, may find the same person stupid because he does not know who is currently foreign minister or because he makes conspicuous spelling mistakes like the idiot apostrophe. This shows that the perception of cunning is very subjective: Depending on which skills a person values, you get different assessments of intelligence.

But is there also an objective measure of intelligence? In other words: Is there a general, measurable talent that makes you smart for all kinds of thinking tasks? The Parisian psychologist Alfred Binet (1857-1911) asked himself this question in 1904. The French government had introduced compulsory schooling a few years earlier. Now she was looking for a way of being able to determine reliably at an early stage whether a child could be sent to normal school or whether it needed special support in a special school. So the government turned to a group of scientists who had specialized in the then still young field of child psychology. Alfred Binet was one of them, and he was immediately fascinated by this challenge, since it meant looking for objective criteria for assessing intelligence.

Psychological tests instead of skull measurements

By then, many researchers had tried to measure people's cunning and failed. This was due to their approach: the scientists at the time assumed that the shape of the head could tell whether a person was stupid or clever. There were countless scholars who measured the shape of the skull and brain volume and wanted to draw conclusions about intelligence from the measured variables. Today we know that these attempts were doomed to failure: A person with a small head can be smarter than a person with a large one (see Anatomy of Intelligence). The distance between the eyes or the shape of the face, narrow or round, do not allow any conclusions to be drawn about whether someone is good at arithmetic or thinking quickly.

Alfred Binet had observed his two daughters, who both learned at different speeds. This gave him the idea not to measure anatomy, but to develop psychological tests that can be used to determine talent. The challenge that immediately faced him was age: Even the most gifted toddlers cannot solve many tasks that even not-so-clever older ones easily manage. So he developed several tests, each tailored to the age group. With six-year-olds, for example, one task was to distinguish between right and left. Eight year olds should show if they can count backwards from 20 to 0. 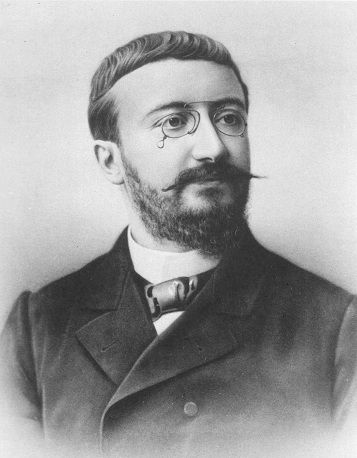 The IQ is born

The concept of intelligent age works quite well in children. In the case of adolescents and adults, however, it is no longer so practical because the leaps in development are no longer so great with increasing age. Therefore, the German psychologist William Stern (1871-1938) developed a formula in 1912 with which intelligence can be specified regardless of age. It could not be an absolute number, because the intelligence should only be shown in comparison to people of the same age group. From a mathematical point of view, such a comparison is the result of a division, i.e. a quotient. William Stern's calculations result in the intelligence quotient, IQ for short, which is now firmly rooted in our linguistic usage. He defined: A person who is as successful in the test as the average of his age group has an IQ of 100. People who have solved more tasks correctly, have a higher value, for less solved tasks the value is below 100.

The calculation is always designed so that two thirds of the population have an IQ between 85 and 115. That means: only about 16 percent have an IQ above 115 - and 16 percent are below 85. The IQ value is based on the average. If a population becomes more intelligent over the years - which is the case in most societies (see What Makes Us Smart) - then the IQ has to be standardized again and again.

In the USA in particular, the concept of IQ spread extremely quickly. There the Stanford psychologist Lewis Terman (1877−1956) developed the test further: he created a questionnaire called the “Stanford-Binet test”. Here you just have to tick the answers - and you get a number that says something about the talent. The “Stanford-Binet test” has been continuously developed over the years, and it is still available today in a modern version. It tests, for example, memory performance, spatial imagination and the ability to supplement a series of numbers. In other words: abstract logical thinking is in the foreground.

The US military was already using the Stanford-Binet test on a large scale shortly after it was developed: Millions of recruits were drafted during World War I and they all had to take the test. A soldier's IQ determined where he was used in the war machine. After the end of the war, the IQ quickly developed into an important criterion for the industry - and helped to decide which position an applicant gets. Incidentally, William Stern's belief in his formula was a horror. He thought the tests were too simple. He was also convinced that one had to look at the whole person for an evaluation; he found the numbers in his IQ formula could only provide a rough guide.

William Stern wasn't the only critic, intelligence tests have been controversial for as long as they exist. In the Stanford-Binet test, for example, most of the questions are formulated in a text. Someone with poor linguistic comprehension may not be able to understand it and may not even get a chance to grapple with the real problem of the task. There are now tests that circumvent this problem, for example by working a lot with symbols.

But even the most sophisticated test cannot refute a central criticism: namely that only a part of the mental abilities is tested. At the same time, however, a tangible number like that of the IQ suggests having an evaluation criterion that one can rely on. But: someone who can turn a three-dimensional cube in their head or add a series of numbers does not have to be able to run a company well. This also requires ambition and empathy, i.e. things that are not that easy to determine in tests. Nevertheless, various characteristics of life success such as academic or professional success can be predicted much better with standardized intelligence tests than with other diagnostic methods. Such statements always refer to groups of test persons and do not apply to every individual: According to some studies, professionally successful people have a higher IQ on average. However, the reverse does not apply that a high IQ automatically predestines a good career. The entire IQ spectrum can be found in unskilled professions, including people with values ​​above 115.

There are now tests that are supposed to be more comprehensive and also include tasks on emotional intelligence (see Inflation of Intelligences). But the dream of finding an absolute test for all thinking skills of a person is far from being fulfilled - and it cannot be fulfilled either. Because intelligence tests reveal a problem that is shared by all intelligence research: intelligence is something that is difficult to define. Almost every expert who deals with it has their own idea of ​​it.

Some researchers make do with a circular definition: intelligence is what is measured with intelligence tests. Recently, some scientists have been studying how the performance required in intelligence tests relates to other basic thinking and problem-solving functions. It has been shown that the capacity of working memory and the ability to reasonably think are of particular importance. Perhaps this path will help to finally capture intelligence.