Most people think that most people are untrustworthy; their real motives are selfish. This is not only due to our media, who have known for a long time that horror stories can attract more attention than stories about neighborhood help. A number of studies made in the decades after World War II also contributed to this. One of them even made it to film: The Stanford Prison Experiment, in short: The Experiment. Students are divided into two groups: prison guards and inmates. The guards, who are equipped with power over the other half, become cruel and brutal and lose all humanity.

Like Rutger Bregman in his book Basically good describes have studies like this and also books like this The Lord of the Flies (the author of which, according to Bregman, was an incorrigible misanthrope) contributed to the fact that most people do not trust the rest of humanity. The truth is, none of the lurid studies of the depths of human nature could be replicated. Everyone who wants to have proven that humans are basically bad have cheated (for more details see “Replication crisis in psychology”. As has come to light in recent years, many of the classic studies of psychology cannot be replicated). Contrary to what most people think, it would be correct to assume that 99 percent of the time people are cooperative and friendly and help even when they get nothing in return. Unfortunately, it usually looks pretty boring ("Please use the last piece of butter!") And is not very suitable for headlines and movies.

There is actually a kind of person who is just as bad as picture editors would like them to be: the Homo oeconomicus. Economists came up with it and created a real nightmare being. The Homo oeconomicus is only interested in barter deals, he would immediately sell his own grandmother to the highest bidder or, alternatively, let her work for him in the field - depending on which brings in more. He would never save a drowning person unless there was a camera team on hand to share their heroic efforts with the rest of the world.

What we call common sense is this Homo oeconomicus strange. Even less are compassion or feelings in general that tell him what is right or wrong. If it seems opportune to throw returned goods in the trash because that is cheaper than any other solution, he would do so immediately. For companies like Amazon, only the cool logic of the numbers applies here, that's how it ticks Homo oeconomicus. He would just throw his unprofitable fleet of e-bikes in the trash instead of having the bikes used elsewhere - as Uber has just done. He would also make his social media platform available to dictators and companies that distribute fake news - as long as that increases sales. And he would gloss over it all with marketing. The equation works arithmetically: operate unscrupulously and use part of the money to paint a much more positive picture of yourself with bought media presence, marketing and lobbying. If there is more money left over in the end, he has Homo oeconomicus done everything right in his world.

The rise of evil 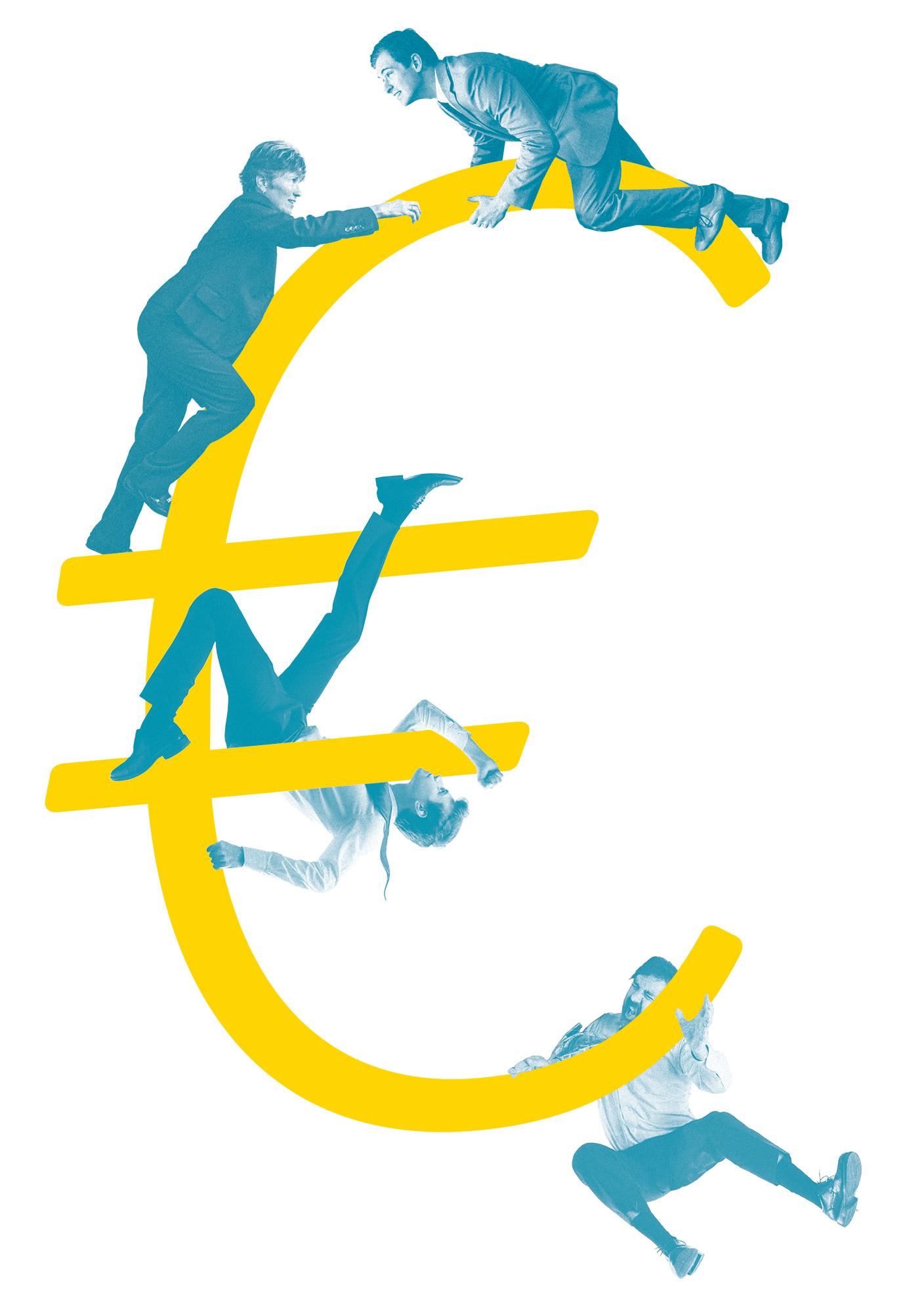 We should have known better by now: In the 18th and 19th centuries there was a phase in which the Homo oeconomicus had the upper hand over our western societies. He made slaves work for him and asked for compensation if they were to be released. He let people starve to death on a large scale because he did not want to sell his grain below value.

On the experience of how inhuman a world is in which the Homo oeconomicus who has the say is based on the idea of ​​the social market economy. It was the moderate alternative to the socialist approach, which wanted to abolish the market entirely. The social market economy was the attempt to combine the innovative strength of a free market with social security. This also includes the conviction that certain things have no place in a free market: Nobody wants doctors and lawyers who only work for the highest bidder. Nobody wants a health and care system that is solely geared towards minimizing costs and efficiency, and which lets those die who cannot pay for anything. Few people find it useful that living space is an unregulated speculative asset.

What is happening now: Since the 1980s, many of the social market economies have been getting rid of their social orientation more and more. Often with the argument that he does not want to fall by the wayside in international competition, the Homo oeconomicus make himself heard in politics. With the collapse of the Soviet Union, it received a new impetus. It did so with the advent of the shareholder value doctrine in the 1980s and supported by the Reagan and Thatcher governments Homo oeconomicusto fight your way back to the front row of world events. We see the change that has taken place everywhere since then.

Nobody wants doctors and lawyers who only work for the highest bidder.

Where a few decades ago it was taken for granted that a social market economy means not doing business with profits alone, a different picture is now emerging: In the meantime, the upper floors of our corporations are full of people who have emerged from the boot camps of the Homo oeconomicus come: from business schools, McKinsey, BCG, investment banks and start-up forges. A whole new branch of the economy has emerged in Silicon Valley and is emulated all over the world: venture capital-financed technology companies whose products we deal with every day today. The also governs in their decision-making bodies Homo oeconomicus, albeit more carelessly attracted than in corporate executives and investment banks. What they all have in common is that in the end it's all about growth, profitability and money.

What is so tragic about it 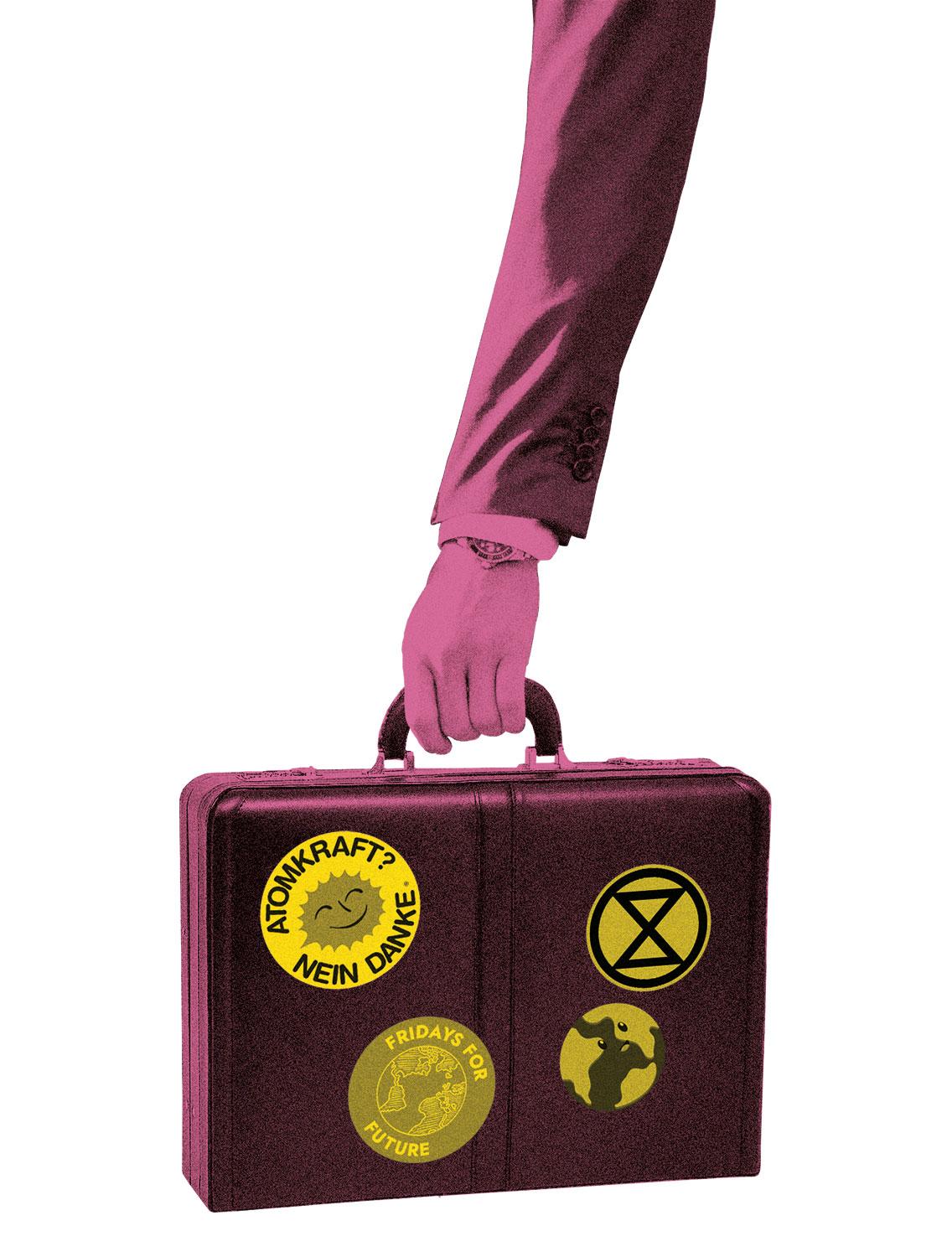 One thing in particular is tragic: we are surrounded by people who are generally friendly and cooperative. When they say climate change worries them, they really mean it. We distrust these people and ask ourselves why they still fly on vacation and drive through the area by car despite climate change.

Those whom we mistrust far too little are the companies with whom we are in contact all day and who ultimately tempt us to get on a plane or buy a car. These companies are very good at sending us the messages that instill our trust. When the CEO of Blackrock makes it known in the media that climate protection is a concern for the largest financial investor in the world, then we read it and are reassured. He'll mean it. And not only do we trust these companies more or less blindly, we also leave them to lobby our politicians much more than the people on whose behalf they should actually act.

"No, Nike is not sad because your grandmother is isolated in a nursing home because of Covid-19."

What has to change

As social beings, we humans are actually good cheater detectors, so good at recognizing when others want to take advantage of their good nature and willingness to cooperate. At the same time, our brains are polarized so that they try to save energy whenever possible. We rarely think critically and mostly make very quick judgments. Especially when it comes to friend-or-foe decisions, we look for clues that allow us to make quick, intuitive judgments. The Homo oeconomicus knows this and therefore considers us an easy opponent. Coca Cola likes to show young athletic people for good reason, to distract from the fact that their products don't make people young and athletic, but fat and sick. It is not without reason that companies like Blackrock are making public statements about sustainability without ever addressing the fact that the majority of their money is in fossil fuels and companies whose emissions are anything but sustainable. No, Nike is not sad because your grandmother is isolated in a nursing home because of Covid-19. No, industrial meat producers do not adhere to minimum standards of human decency unless they are forced to do so. And yes, all of these companies will do their best to tell only the most positive stories about themselves.

Whenever a company sends us a message, it should be clear: There is no single person speaking here, but advertising messages are being sent to me. Advertising messages designed to help the company instill my trust and generate more sales.

We live in times that are shaped by what companies want. Wherever we look, it is all about money, entrepreneurship, performance and consumption. Does this thinking lead to more prosperity? Obviously, yes. Do we need more prosperity? No. We need a fairer distribution of the existing wealth. And time for the things that make life worth living. These are not the things that companies want from us: Consumption does not make us happy. A corporate career either. When we spin faster and faster on the hamster wheel of work and consumption, only one person is happy: him Homo oeconomicus. Since he is a fantasy creature, it is up to us ourselves which role we give him in our world. If you want less from him and more from real human behavior and feelings, you should heed this rule of thumb: Never apply the same standard of trust to companies and people who act on their behalf that you apply to real people: They want so well as always something from you that does not correspond to your own interests.