Speaking well about mobile media in the family

“When should my child start using a smartphone?”, “Which websites are suitable for children?”, “Have tablets lost something in kindergarten?”: These are just some of the questions that media educators are often asked by parents. Because parents' need for knowledge about smartphones, tablets and the mobile internet is huge. And professionals also have a lot of questions.

With the study “MoFam - Mobile Media in the Family”, the JFF has taken on a very important topic and is once again doing the valuable job of bringing well-founded information into a hotly debated topic. Be in the study

The resulting findings are a valuable basis for advising parents and supporting professionals. The study is available free of charge on the JFF website as a short version and a long version, together with the expertise “Basics of media education in the family”.

The ability to differentiate advertising and search engine results

If you compare the media skills of children and their parents, it is often said that the older generation has nothing to contribute here anyway and has long been left behind. Far from it, because media-competent user behavior not only includes the ability to use certain services, but also a critical approach to the topics and the content.

This is shown, for example, by a new study by the British media regulator OFCOM, according to which just 31% of 12-15 year olds recognize advertising in Google search and can distinguish it from the results. Further testing has shown that 19% of this age group assume that detailed search results must automatically be true.

This study clearly shows how important the media-critical approach is in educational work, because opinion formation takes place today to a large extent in digital areas. At this point it is of fundamental importance to recognize the difference between information that has been found (journalistically processed) and paid advertising.

The study also shows, however, that dealing with content and information on the Internet must first be learned and not simply assumed. Certainly nothing new for many media educators, but perhaps a good argumentation aid for the next parent and teacher meeting.

When is it rude to use a smartphone?

It's one of those things about studies. While many readers are involved in important and good studies themselves, I sometimes have the feeling that commercial providers, in particular, are first looking for a desired and lucrative result and then research and roll the dice until it is finally achieved. There are many different studies on the same topics with their interpretations and interpretations, which of course makes constructive discourse with parents more difficult, because ultimately there is always a study that proves how harmful and dangerous the media are.

Nevertheless, today I would like to draw your attention to a relatively recent study by the Pew Research Center's American Trends Panel, which deals with the etiquette of smartphone use in the USA and asks the question of when the use of a smartphone is no longer okay or even than deemed impolite. There is a more detailed article on the results on t3n.

Well, as far as the results are concerned, not a sack of rice has fallen over for me personally in China, but the added value of this study for my work lies in the fact that I can use some graphics and information as an impulse and basis for discussion for the parenting work to both To draw attention to the different usage habits of different generations, as well as to the fact that parents and children are not that far apart in the family environment ... 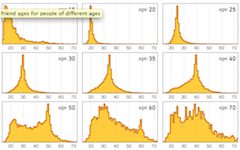 In September last year we wrote about the Facebook Analytics Tool, an offer from the Wolfram Alpha search engine, to thoroughly analyze your own Facebook profile. Originally, the data collected from the individual users should not be used any further, but Stephen Wolfram, founder and CEO of Wolfram Research, could not withstand this enormous amount of data and has evaluated it. The result is probably the largest and most comprehensive Facebook study of all time, which is not based on projections and estimates, but on the data of over a million Facebook users. 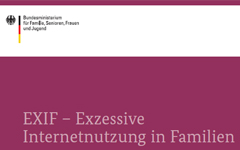 Ok, another study on excessive media consumption could now be thought by humans and in principle humans would also be right. Nevertheless, in the study commissioned by the Federal Ministry for Family, Seniors, Women and Youth, there is a significant difference to other surveys currently on the market - the (socialization) factor family.

The focus here was on the influence of and the effects on excessive computer and Internet use by children and adolescents in the family construct. For practitioners of media education, the study primarily confirms that the projects of media education work with parents that have been implemented for decades are important. At the same time, however, it also raises the question of why the long-term efforts in media education to force 'parent media competence' - at least according to statistics - are effective with so 'few' parents? Or how else do you have to interpret summary statements of the study like these ?:

"In general, there is an urgent need for media-educational information and support from families whose children show unproblematic computer and internet use to families in which there are serious problems."

On the other hand, the study also makes it clear to me that especially the parents who have found an adequate parenting style for their family, in which satisfaction and communication play an essential role, apparently (even if they formulate the opposite) quite well without "media educational information and support “to master their family life. These are the moments when I ask myself whether common sense, love and communication in media education are not enough to come to terms with the demands of this media-dominated society in the end.

You can find a summary of the study here and the original here.

About protecting against negative online experiences by children 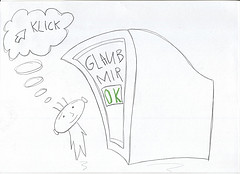 On the occasion of the Safer Internet Day 2012, the research association EU Kids Online and the Hans-Bredow Institute are publishing a report that deals with the possibilities and strategies of how parents accompany and support their children's internet use. The result shows that parents' active engagement with children's Internet consumption reduces the risk of having stressful experiences, while filters, bans and controls have a restrictive effect on positive experiences.

Not really something new for media educators, but a good basis for argumentation for the next parents' evening. 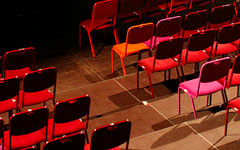 Snacks in sight - events for the JMStV

The “old” youth media protection state treaty is currently in force. Therefore, broadcast times for age-restricted TV content or film trailers in the media libraries and on cinema websites also apply. So it is still important to constructively criticize the JMStV and to discuss alternatives. After the failed amendment, the lobbying interests or regulatory claims associated with the JMStV are of course not necessarily different.

Unfortunately, it is to be lamented that the proponents apparently do not seriously reflect on or address anything of the criticism made so far in their further discussions. The KJM headlined its event on January 28th, 2011 as a technical discussion on possible solutions for youth protection programs. Another view was not desired, but Alvar Freude was invited to the podium as the alibi representative of the "net activists" in order to project the frustration over the failed JMStV-E onto him. Party political representatives are also not welcome on the KJM podiums, although a political negotiation process about the protection of minors should take place right now. The meager involvement of the critics and politics already lead to fear of a “JMStV reloaded” process for 2011. Read the whole post 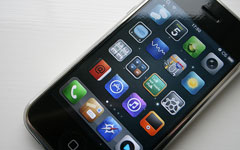 "iPhone" by William Hook on flickr.com

As soon as the last article on cell phones at school is two months old, I already run some material over the mouse pointer. Nothing could better show that mobile learning is of growing importance in media education and schools.

I can again provide a handout, this time from Austria: handywissen.at has published a brochure with teaching materials on the subject of cell phones in schools, which deals with teaching methods as well as violent videos, etc. Not that motivating news comes from Switzerland: An (interim?) Evaluation of the smartphone project in Goldau has shown that there are changes in micro-learning through the use of iPhones, but not in the teaching methods.

"Mokum_Zoo.XXX" from Caneles on flickr.com

“The youth” is and remains good, even if Socrates has already claimed the opposite and every new medium is almost expected to plunge young people into ruin. What young people need are not new prohibitions and restricted areas, but information, support, patience, limits and trust. In this context, I find the dossier “Pornography: Information on the Topic” from mediaculture online very successful, because it takes an emancipatory approach with calm information work.

What is your opinion on the subject of pornography in media education? Which studies and materials are missing here? 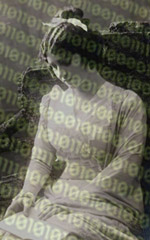 Collage from "54" by Mayari and Maria Kuznetsova in "La Bohème" (flickr.com)

If you look around in your circle of friends and colleagues, you can understand that: The usage habits and thus also the knowledge of digital media (offers) are very different. In particular, media educators or those who have already given a lecture or a training course - for example on the classic “Chances and Riken of the PC and the Internet” - can tell a song about it.

The D21 initiative commissioned the “Digital Society” study, which classifies six different user types. The digital outsider, the occasional user, the professional user, the trend user, the digital professionals and the digital avant-garde were described. I have my problems with the last class and with its name, as this term has been coined in an undifferentiated manner and has been inflationary recently.

The results of the study must certainly not be overestimated, especially since they cannot be recognized as representative (1,014 interviews were conducted, but only 351 people are named for a more detailed analysis). However, it still gives an interesting overview of various possible user types.