Applications can be scams

In order to get their own careers going, some people dig deep into their bag of tricks: a fake certificate supposedly opens the door to a coveted job. The forging or beauty of documents is a constant concern of the German labor courts. Fake job references, in particular, are more widespread in the professional world than some might think. If the dizziness is discovered, there are serious penalties and consequences. After all, it is a matter of forging documents in its purest form. Read here how HR managers recognize a fake job reference, whether there is a statute of limitations and what else you have to pay attention to ... 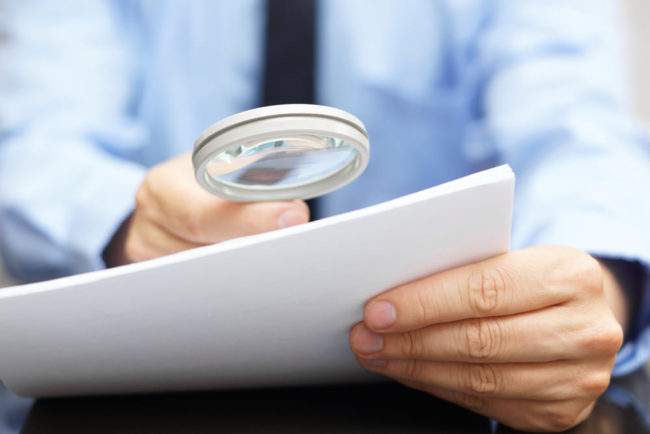 When HR managers want to recognize a fake job reference, there is one thing in particular that stands in their way: time. On average, HR managers only take two to three minutes to review an application. With hundreds of applications, as is typical for large corporations, this is understandable. No wonder if a fake certificate goes by the rags when selecting a candidate. Photoshop makes it possible and - whoops - the applicant suddenly has a doctorate in medicine or a law exam.

Such cases of imposture have occurred more frequently in the past. One can sometimes only wonder how long it takes for such charlatans to be exposed. On the other hand, modern technology makes counterfeiting easier: in some cases of fraud, the company logo was scanned in for rejections and presented for a forged certificate in another application. In some cases, content is modified by “giving better final grades”. Just as titles can be bought, some vendors also allow you to buy a fake certificate. These refer to a ruling by the Federal Court of Justice, according to which “document forgery” cannot be assumed as long as the printed copy is clearly recognizable as a reproduction without any authenticity features (such as a seal).

It can mean a lot of trouble for companies (and employees) if the dizziness is exposed. The employer suffers considerable damage to its image, and customers, clients or patients may even have been harmed. The employee in turn loses his job. At least.

Everyone shines in the application. Candidates also like to praise each other in the cover letter. But is that all true? The certificate, on the other hand, comes from the pen of a third party who has already worked with the applicant. Who knows what abysses might open up. Therefore, HR managers pay particular attention to these points in the job reference:

If, for example, the dates and periods in the curriculum vitae differ from the information in the cover letter or attached certificates, this can be an indication of a falsified certificate. Another option is to contact former employers or reference providers and obtain information. Are there any noticeable gaps in the résumé that cannot be plausibly explained, even though the candidate has fantastic grades and ratings?

In addition, HR managers pay attention to so-called “certificates of courtesy”: If the qualified job reference shines through excessive use of top grades and superlatives, it becomes implausible. Often, the letter of courtesy is written so that the employee can go faster or to save himself a labor law process. Experienced HR managers recognize this and then evaluate the certificate negatively. You should therefore attach importance to a balanced reference language. No adulation!

A forged certificate counts as a forgery

Anyone who has ever considered laying hands on their documents should quickly get this thought out of their mind. In this country, even the smallest change to certificates is punishable and in serious cases can even be punished with imprisonment. From a legal point of view as well as from the employer's point of view, intentional forgery of documents is a serious criminal offense. Forgery of documents is defined as "the production of false documents, the falsification of genuine documents and the use of false or falsified documents with the intention of deceiving in legal transactions". The product of a forgery of a document is then referred to as a "forgery" or "forgery". Forgery of documents is punishable under German law according to § 267 StGB.

Case study: when the fraud is exposed

A few years ago, a 40-year-old from Dortmund also found out firsthand that German labor courts are no joke when it comes to a fake certificate. He had to dig deep into his pocket after he had tinkered a false certificate on the computer for his application in a car dealership. The 2700 euro fine that he had to pay at the time, however, should have been the lesser problem: the convict has since been regarded as a “criminal record”.

Background: The 40-year-old had worked as a commercial clerk in a large car dealership for just four months and was then given a certificate that simply certified that he was “impeccable”. In other words: He did not steal, did not behave conspicuously. But that's it. There was nothing more to be read about this in the forged certificate that he enclosed with his next application. After that he had suddenly worked for five years as a “responsible salesman”, was also “familiar with all facets of the dealership”, and had accompanied all actions “to the fullest satisfaction”. Top certificate! Unfortunately, the personnel manager sensed the fake. So I inquired on the small official channel with the previous employer, and the fraud was exposed.

What will happen to the career?

Labor law gives the betrayed employer a great deal of leeway in such cases. Even if the fraud is discovered after some time or years, the employer is entitled, without any ifs or buts, to give an extraordinary, i.e. immediate, termination. An extraordinary termination is a termination in which the notice period prescribed for an ordinary termination does not have to be complied with, or does not have to be complied with in full, or an employment relationship is terminated that is actually not terminable.

The extraordinary termination comes into consideration if the employee has grossly violated his obligations. The last thing is absolutely given in the case of a forgery or a forged certificate: Even if nobody was harmed because the tasks were always done to the satisfaction of the employer, the forgery means a serious breach of trust. The employer can refer to this and say that continued employment cannot be expected of him. Labor judges regularly agree with the reasons.

There are even cases where the fraud is exposed because the employee feels guilty. Even if he is telling the truth, he has lied in the past - so the relationship of trust is damaged. In addition, if the falsified certificate is used again (for example for a future job), he is liable to prosecution again.

How the sentence turns out in such cases, whether the person can continue to work for his current employer - if he allows it - depends on many aspects, including these:

In any case, the career is damaged. Be it because of a possible criminal record or because of the inglorious departure, which can be years after you and make future applications more difficult. One does not believe anyone who lies once, even if he speaks the truth afterwards ...

Is there a statute of limitations with a forged certificate?

Employees who play for a while when it comes to forging documents feel like they are in a false sense of security. Forgery of documents includes criminal offenses such as ...

According to Section 78, Paragraph 3, No. 4 of the Criminal Code (StGB), the limitation period is five years. This means that after this time the fraudster no longer has to expect prosecution by the criminal justice authorities. Other consequences are possible: As a student, you can be forced to de-register from the university due to a fake certificate - depending on the federal state and university law, this prevents the ex-student from being able to start studying again at another university with a real certificate or a completed degree .

The employment contract can also be terminated after years. The German courts have made a number of relevant judgments regarding the falsification of job references or other professional documents. In one case, an employee who had been given extraordinary notice, who had worked for his employer for eight years, went to court - the basis of his employment at the time was a forged testimony. However, the employee's lawsuit, which was based on the argument that the cooperation that had been successful up to this point had greater weight than the falsified testimony at the time, was rejected by the court. Reason: "Even after eight years of successful employment, the employer cannot be prevented from contesting the employment contract, since he has a legitimate interest in ensuring that the certificates submitted in the application process are true." (LAG Baden-Württemberg, Az 5 Sa 25)

Can the employer claim damages?

Short answer: yes. The employer can demand compensation. After all, after the termination, he has to look for a new employee or reassure customers or patients, which causes considerable costs. The condemned person then has to wear them. So steer clear of attempts to deceive - the consequences for the employee cannot be calculated and, in case of doubt, cost their existence.

Instead, it is better to take money into your hands and have your application documents optimized by a career coach or application coach. Here the right course can be set in a completely legal way. The costs for this are also manageable and are on average between 200 and 500 euros for a complete application portfolio.