Whispers and whispers in the attic

Only a part of the 25 bat species occurring in Germany, the so-called house bats, seek human closeness in summer. The attics or other shelter options offer them as substitute caves the best conditions for raising their offspring. 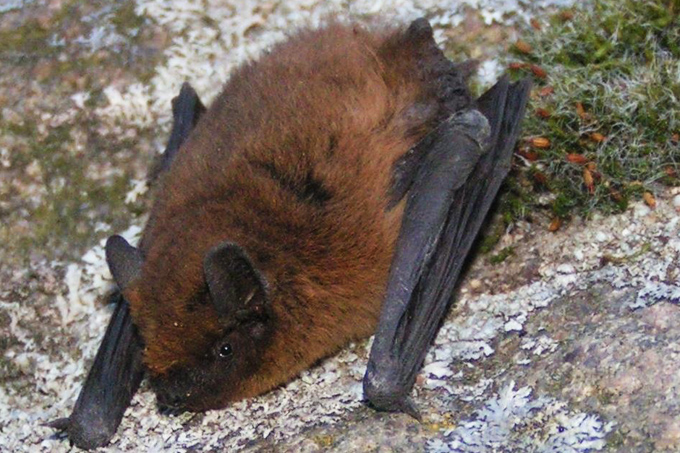 Homeowners are deeply worried when it starts to chirp, scratch, whisper and moan in their attic for a short while as darkness falls. However, this background noise does not come from the dreaded rats, mice or other unpleasant housemates, but rather bats that have lodged themselves as secret roommates in the attic of the house (in our picture a piped bat colony). At the beginning of the excursion time, the animals living close together get restless, they strive towards the excursion hole and scold shouting roommates. Unlike the ultrasonic location calls, these social sounds can also be heard by us humans.

Only some of the 25 bat species found in Germany, the so-called house bats, seek human proximity in summer. The attics or other hiding places in houses offer the animals the best conditions for raising their offspring as substitute caves. 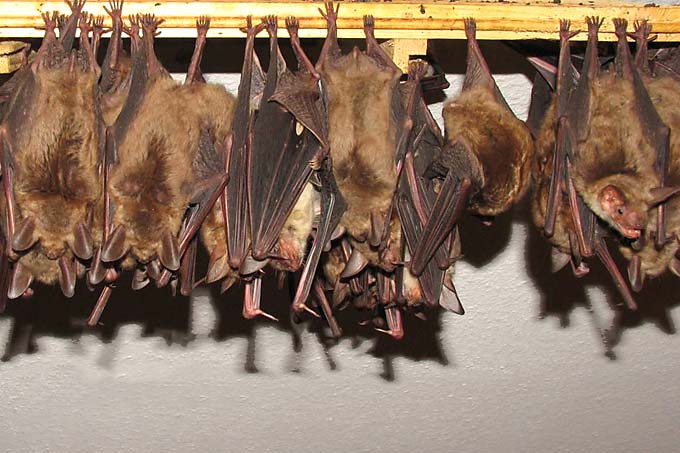 Bats give birth to their young in early summer. You need places that are as draft-free, warm and undisturbed as possible. Species like the great mouse-eared mouse hang freely from the roof beams, while others use the narrowest gaps between the roof tiles or behind the facade cladding as quarters. Often it is the bat's nursery, an association of females of one species, who live separately from the males in the summer and raise their young together. The number of animals that make up a nursery can vary widely. Many roosts have between five and thirty animals. In particularly large nursery roosts, for example in the attics of castles and churches, there can be several thousand bats.

The bats present rarely give themselves away through noises. More often, their remains are found under their hanging places in the form of dry excrement, shiny with chitin residues, or the remains of prey insects. However, these traces can simply be swept away or even used as high-quality plant fertilizer in the garden. The useful insect hunters do not cause any further damage because they do not gnaw on wood, bite into cables or destroy insulation.

The occupation of buildings by bats is seasonal. If the roost has not been changed beforehand, the nursery rooms will dissolve at the beginning of the courtship season towards the end of August. By then, after initial attempts to fly in the attic, the young will have long been able to fly. They are no longer suckled and hunt insects on their own.