How would you define genetic engineering

What is genetic engineering and what is not? A plea for a reason-based definition

DISCLAIMER: The views expressed here are the expressions of the author, not those of EURACTIV Media network. 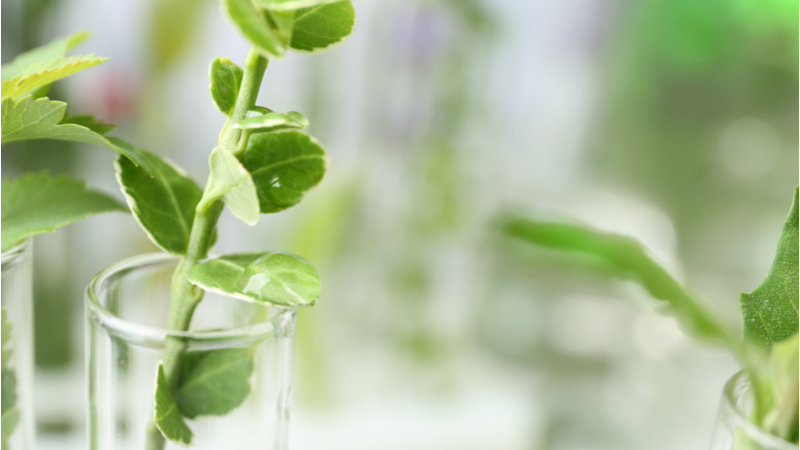 The public discussion about genetic engineering in agriculture is largely shaped by misinformation, myths and an intertwined understanding of nature.

Prof. Dr. Hans-Jörg Jacobsen was head of the plant biotechnology department at the Institute of Plant Genetics at Leibniz Universität Hannover until 2015 and visiting professor at the Biology Dept. from 2000-2017. from Northeastern University in Boston. He works as a reviewer for international journals in the field of plant sciences.

Our level of knowledge is completely different today than it was 30 years ago, when the current legislation on genetic engineering was drawn up. It must therefore be thoroughly revised and adapted to the current state of knowledge. In addition, this must be done quickly if Europe does not want to lose out in global competition.

Where does the variety of plant varieties come from?

Random spontaneous mutations are the basis of evolution and biodiversity. They determined the slow pace of plant breeding over the past 10,000 years; scientific breeding did not emerge until 1903. Our today's high-yielding varieties [1] were made from local varieties: 'Induced' mutations replaced spontaneous mutations, for which ionizing radiation or mutagenic chemicals were used (the so-called “directed evolution”). We have known for a long time that in addition to spontaneous or induced mutations in the genes, chromosome breaks or changes in the number of chromosomes can also occur. These randomly and randomly change the genetic make-up and usually have negative effects.

Induced mutations can be found in almost all crops today, including varieties from organic farming. During the tests for the approval of varieties, it was never detected that the varieties created by induced mutations entail any risks. And when genetic engineering law was being drafted in the late 1980s, spontaneous or induced mutations were excluded from the regulations. This decision was justified at that time by saying that “one had many years of experience” with these mutants (at that time it was 30 years).

Another aspect also plays an important role in our plants: pollen - for example in cross-pollinating species - is mobile, which means that it can land anywhere and fertilize a flower. If the genomes are compatible, then a new species can emerge from it - for example rape, which is a natural cross between wild cabbage and the turnip rape plant. If the genomes are not compatible, the newly created hybrids often resort to a genetic trick: They duplicate the respective genomes and thus enable the formation of fertile germ cells. With our wheat, this has happened twice, because only two grasses have united, which gave the tetraploid Durum-Wheat, then a third genome was added from another grass, and our hexaploid cultivated wheat was ready. So three genomes made a new species. What we can learn from them: Mother Nature does not respect our man-made definitions of what constitutes a species and what does not. It also crosses borders and is constantly evolving. Therefore, when it comes to plants, it does not make sense to insist on rigid definitions. Plants are promiscuous in a sense: they keep experimenting and testing their limits. What doesn't work is forgotten and dies - what works can become a new plant species.

At the beginning of the 1980s, mutation breeding was supplemented by “green genetic engineering”. This makes it possible to specifically change the properties of a plant by incorporating DNA from other genomes. In order to understand this new method of plant breeding, one also has to understand other properties of plants: Plants are "open systems", that is, they offer CO with their stomata through which they normally2 record and O2 release - a platform for microorganisms that can colonize the plant not only on the surface, but also inside. As long as these roommates such as viruses, bacteria or fungi do not cause any problems, they are not noticed and are called “mutualists”. The proximity of plant cells and microorganisms can also lead to the fact that plant cells take up the DNA of microorganisms from their immediate environment and - if it is advantageous for them - can even use it. Another special feature of plants comes into play here: Many plant cells have the property of “totipotency”, which means that they can regenerate entire organs from certain parts. Example: If you put willow or hazel branches in the vase, roots will form in the lower areas of the branch after a few days. Cut tree or bush stumps can also regenerate shoots.

This simple process has been used for centuries to propagate fruit and grape varieties. If one of the cells from which this regeneration takes place carries a mutation, this trait is passed on to the offspring. Something similar happened to the sweet potato about 8000 years ago: 4 bacterial genes integrated themselves into a genome and turned a wild plant into a cultivated plant. Today we know that a large number of plant species contain “bacterial genes” [2].

For this reason alone, the definition of a “genetically modified organism” (GMO) in the Genetic Engineering Act is no longer tenable based on current scientific knowledge. We need a new, scientifically sound view of GMOs. In contrast, it makes little sense to evaluate the way in which a new plant variety has emerged. Example: In the 1960s, long before you could even think of genetic engineering, a variety of potatoes called "Lenape "[3] bred. Not only could it be used to make crispy French fries, it was also resistant to the main pathogens of cultivated potatoes. However, this resistance was based on a high content of toxic plant substances. Fortunately, this was noticed in good time at the time. The same potato variety could, however, also be bred conventionally today and largely marketed without a mandatory safety check.

Now we are living in the time of "Genome Editing" by CRISPR / cas and TALEN. Many argue that these methods of plant breeding would replace genetic engineering with its gene transfer. However, this can be countered by the fact that you can only edit genes that are available - classic genetic engineering remains part of the portfolio. All existing methods are justified and can complement each other in a meaningful way. This is a prerequisite for solving the challenges of sustainable, intensified plant production under conditions of climate change and a growing world population. As a reminder: We had our first commercial experience with classic genetic engineering almost 30 years ago. In contrast to the induced mutations, we have extensive experience from safety research carried out worldwide that did not reveal any risks. So it's time to rethink!

Media are a pillar of democracy - as long as they can function well. Now, more than ever, we need unbiased, informed information about how - and why - the European Union works. This information should not be hidden behind a paywall. We continue to undertake to make our content available free of charge.

We know that our readers value our reporting. We know that journalism that reports about the EU in a clear and unbiased manner is essential for the future of the European Union.

And we know that your support is essential so that such independent and (free) free journalism can continue to exist.

Don't take the media sector for granted. The media were in a precarious position even before the coronavirus pandemic. And since people cannot currently meet, the industry is losing one of its main sources of income: events. EURACTIV is funded through a mix of revenue streams including sponsorship, online advertising, EU-funded projects and political debate events. All of these sources of income are affected by the current crisis.

As the media struggles to survive, disinformation flourishes and flourishes at the same time. We are already seeing a lot of scare tactics, fake news about the EU's reactions, and increasing threats to press freedom.

We have been providing free, independent, multilingual coverage of the European Union for over two decades. We continue to believe in Europe; and we hope you do too.

Your financial support at this critical time would allow our network of newsrooms across Europe to continue its work - at a time when Europe needs them most.

Thank you for supporting the EURACTIV media network!

One answer to “what is genetic engineering and what is not? A plea for a reason-based definition ”

Do you appreciate our reporting? We need them!

Your financial support during this difficult time will enable our editorial network across Europe to continue its work when Europe needs it most.